skip to main | skip to sidebar

Posted by Plasmatdx at 9:09 PM No comments:

Well GG I typed a bunch of shit down and somehow it all disappeared! Undo didn't do anything :( Well anyway I forgot what I typed.. something about

OSU! FOR ANDROID IS FREAKING AWESOME!! I jizzed in my pants when I found out it was available. Osu! for iphone or android. Just pure awesomeness for anime music fans.

just me on a little rant.

I feel like I got no one to talk to
Only this inactive blog in the dark corners of cyberspace, that no one will find let alone read .... so I guess this is the place to ramble on about my shit.

Can't sleep, Why? I don't know. Maybe because I just got 'chewed up' by my brother about everything in my life. How I moved out to another city leaving friends I had to help him with his business, that I'm working for him like a fucking dog and I feel like he doesn't give a fucking shit. I get home and all he does is bitch and complain about everything and anything I do or don't do.

saying shit like "why the fuck don't you play fallout 3? why are you playing starcraft? I thought you said fallout 3 was a good game why aren't you playing it now? Why the are you eating cereal? dude lets play marvel vs capcom!!! whats with your dolls or action figures whatcha ma'call it? and why do you watch that stupid anime and read that shitty manga. why that why dont yo--

FUCK OFF (of course i don't say it out loud) but that's How i feel.

1. Not playing Fallout 3 because I felt I really needed a break from since it was the only thing i played in the last MONTH.

3. and no I don't want to play him in any fighting games because he bitches and complains about how he SUCKS at the game. yet he still manages to beat me ...

100% of the time. then bitches about how I have to look at my characters moves.

4. whats with my figures he says? I collect them! that's what!

5. I'm like watching anime, I also like Manga.
He watches "So you think you can dance" ... What else do I have to say.

then the list goes on and on and on ....not big problems.. but it builds up and gets on my fucking nerves.

So I was my DAY OFF so I decided to wake up earlier than usual to make use of the day to watch anime!!! I was hungry so I went upstairs to grab a snack, i was gone for a few minutes and when I get back to my room I find my phone ringing. I answer it.

Its my brother, "Dude WTF? why don't you answer you phone!?"

me, "I just went up stairs to get a snack, I was gone for minutes"

"so what? always keep your phone on you, is it that fuckin hard!? what if its an emergency!? come on man wtf is wrong with you!? blah blah blah (then some huge rant/lecture/whatever you wanna call it that seemed like ages" (I already do keep my phone on me most of the time??? except when I'm gone for minutes via shit/piss/snack refill)

"ok, so anyway I need you to come in for work today"

--Then I check how many times he called, ONCE and i ANSWERED that one call. what, the hell is his problem? I ended up being at work for like 12 hours or so that day.

So then the next day I was only in the morning so I was home before 4. Since he made it SO CLEAR the other day to keep my phone on me AT ALL TIMES even while I was taking as shit, I made sure I did. He decides to come home early and tells the employees to call him when they're done clean up. He decides to watch a movie at home to kill time.

in short, I get a call from one of the employees at around 9:15 (they usually finish cleaning at like 10) saying they ended up cleaning up early and need him to lock the place up. They said they tried calling the boss but he wouldn't answer his phone.

"...so whatever happened to the 'always keep you phone on you' rule you drilled in my head yesterday? you told me to even have the phone even while taking a shit and you don't have it while watching a movie?"

"no big deal!? so why were you so angry with me yesterday for not having it on me for a few MINUTES!?"

then he acted like it was nothing and refusing that he made it such a big deal the other day, and that he wasn't angry. Then he somehow ends up giving me another lecture/rant about how I'm overreacting about the situation, saying that I just 'thought' he was angry, that I made it a big deal.

I mean seriously, what the hell? did I really overreact? I mean yes I guess it is important to keep my phone on me, but I already do 95% of the time.

/sigh
Posted by Plasmatdx at 1:38 AM No comments:

Would anyone even notice if I stopped updating this?

No particular reason why I got a new one, but I'm sure glad I did because I've forgotten how soft n smooth a new one is.

This was a custom order using images of my choosing that I managed to find on moe.imouto. I just resized it and played around with the image to make it look better if I need to blow it up but this I didn't need to do much.

Here are some pix I was thinking of using. 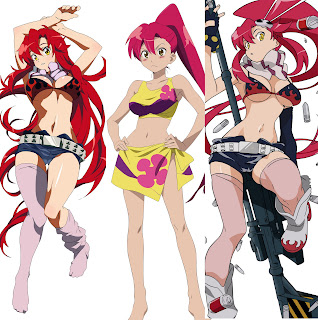 well anyway here are some badly focused pix of the one I picked. ^.^ 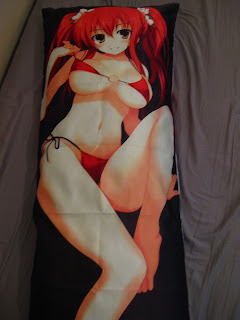 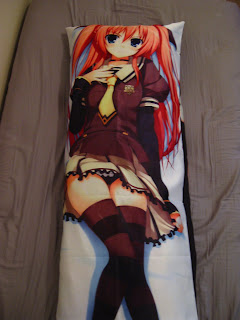 Shops that drain my wallet.